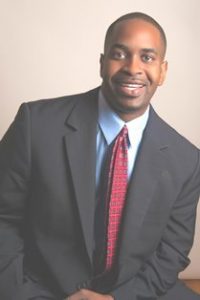 Madison, Wi.– The Center for African American Research and Policy (CAARP) has announced the selection of Dr. Robert T. Palmer as its new executive director, effective immediately. Palmer will replace Dr. J. Luke Wood, who was appointed in January, 2014.

Palmer currently serves as Interim Chair and Associate Professor in the Department of Educational Leadership and Policy Studies at Howard University, Washington, DC. An award-winning author and researcher, Palmer’s work examines issues of access, equity, retention, persistence, and the college experience of racial and ethnic minorities, particularly within the context of historically black colleges and universities (HBCUs). Among his most recent honors, Palmer was recognized in 2015 by Diverse Issues in Higher Education as an Emerging Scholar. Later that year, he also received the SUNY Chancellor’s award for Excellence in Scholarship and Creative Activities, a prestigious award normally given to a full professor. Dr. Palmer also serves on the editorial boards of the Journal of College Student Development, Journal of Negro Education, Journal of African American Males in Education, ASHE Monograph Series, and Spectrum: A journal on Black men and is an occasional reviewer for a variety of journals in higher education.

Dr. Jerlando F. L. Jackson, Vilas Distinguished Professor of Higher Education and director & chief research scientist of the Wei LAB at the University of Wisconsin-Madison as well as chair of the Board of Directors of CAARP said, “Dr. Palmer is certainly one of the nation’s rising star researchers on African Americans, which made him a perfect fit to assume the Executive Directorship of the Center for African American Research and Policy.”

“As an educator, researcher and author, I feel CAARP is an especially important organization because of its commitment to documenting the legacy of the African-American experience for future generations,” said Palmer. “It is an honor to use my knowledge and involvement in the area of journalism to help CAARP advance the scholarship of my peers and society, in general.”

Palmer earned his Ph.D in Higher Education Administration from Morgan State University, Md; holds a master’s of science in counseling with an emphasis on higher education from West Chester University of Pennyslvania, and a bachelor of science in history from Shippensburg University, Pa.

About CAARP The Center for African American Research and Policy (CAARP) is an independent, nonprofit organization. As a nonpartisan research and policy center, CAARP’s mission is to engage in scholarly research in order to advance critical discourse and promote informed decisions as it pertains to policy issues confronting African Americans in both the academy and the society at-large. The breadth and depth of research and policy-oriented projects encompasses the full tapestry of the “African American Predicament” and reflects the wide diversity of academic backgrounds of the affiliated researchers at the Center and partner organizations. For more information, like our page on Facebook.com.