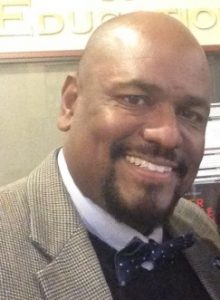 Dr. Dave Louis is an associate professor of higher education at Texas Tech University. He teaches in the masters, doctor of education, and doctor of philosophy programs in higher education administration and higher education research.  He possesses 20 years of experience in the education field; mostly within higher education.  He spent over ten years in university administration ranging from student affairs administration at a small historically Black college to director of Marilyn Kent Byrne Student Success Center to the director of the Honors and Undergraduate Research Programs at Texas A&M University. His research agenda is rooted in cross-cultural mentoring. He focuses on the role that mentoring plays in the learning and adjustment processes for both students and faculty members in the higher education environment. Ultimately, the goal of his research is to inform faculty members about the necessity for cross-cultural awareness and the importance of mentoring within their craft.

Louis taught middle school math and adult education for the New York City Board of Education briefly; and was a math instructor for the Double Discover Center’s (DDC) summer programs at Columbia University from 1995 to 1999. It was through the DDC that he developed a penchant for working with diverse students who possessed aspirations for academic success in college. During his doctorate he became very fascinated with the personal growth that students experience via activities in and out of the classroom. Subsequently, he became involved in student affairs and became the director of campus life at Huston-Tillotson College and assistant director at Texas A&M University’s Memorial Student Center Student Programs Office. It was in the latter role he served as the advisor to the Carter G. Woodson Black Awareness Committee and Diversity Council. Currently, he serves on the President’s Gender and Equity Council and the Multicultural Core Committee at Texas Tech University.

These experiences feed his research and publications. Examples of his publications are “Cross-cultural peer mentoring: Increasing white faculty adjustment at Black colleges” in the International Journal of Multicultural Education; “Frantz Fanon ambivalence revisited in America’s faculty: Narratives of black and white faculty struggles with cross cultural mentoring” in the National Journal of Urban Education & Practice; “Listening to our voices: Experiences of black faculty at predominantly white research universities with microaggression” in the  Journal of Black Studies; and “Professional development in advising Black Greek Letter Organizations: Foundations for future skill building” in AFA Essentials.

At Morehouse College he was an Oprah Winfrey Scholar and a Ronald E. McNair Scholar. He is the recipient of the TTU Alumni Association New Faculty Award and the President’s Excellence in Diversity & Equity Award at Texas Tech University and the Tradition of Excellence Award at Texas A&M University.