Adriel A. Hilton serves as executive assistant to the President and chief diversity officer at Upper Iowa University in Fayette, Iowa.  Prior to this 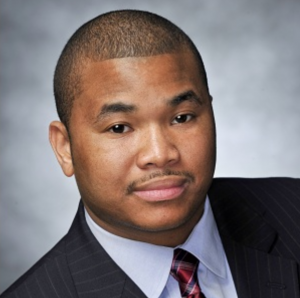 appointment, Hilton worked as the inaugural public policy fellow in the highly competitive fellowship program at the Greater Baltimore Committee, where he worked closely for two years with the CEO on such public policy issues as economic growth, regional transportation, education and workforce preparedness.  He recently served as a Frederick Douglass Teaching Scholar at Clarion University of Pennsylvania in the College of Education and in the Office of the Provost and Vice President for Academic Affairs.

Dr. Hilton is a graduate of the Higher Education (Ph.D.) program at Morgan State University in Baltimore, Maryland, where, as a doctoral student, he assumed a number of leadership roles such as serving as a member of the University Council and president of the Graduate Student Association. He was also elected vice president for conference affairs for the National Black Graduate Student Association.

Dr. Hilton has received numerous recognitions in his young career, including the American Association of Blacks in Higher Education’s 2009 Outstanding Doctoral Student award for his doctoral dissertation; the 2010 Dr. Carlos J. Vallejo Memorial Award for Exemplary Scholarship from the American Educational Research Association, Multicultural/Multiethnic Special Interest Group; and the 2009 Outstanding Research Award from the American College Personnel Association’s Standing Committee for Men; as well as being featured as one of Ebony Magazine’s “2009 Young Leaders Under 30.”