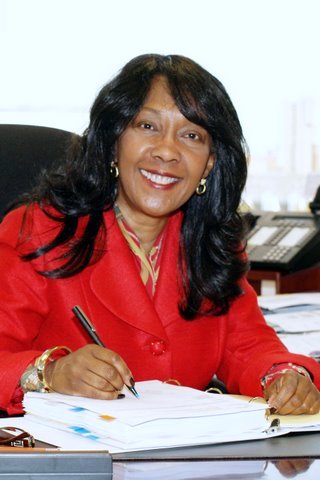 New Jersey’s first secretary of higher education, Rochelle Hendricks, has more than 20 years of experience working on education issues in the Garden State. Appointed to the Cabinet-level post by Governor Chris Christie in May, Secretary Hendricks had served previously as acting commissioner of New Jersey’s Department of Education, having been named to that post in August 2010.

Prior to that assignment, Secretary Hendricks had served in the Department of Education as assistant commissioner for the Division of School Effectiveness and Choice, overseeing key reform initiatives and areas, including the Offices of Board Development, Small Learning Communities and School Culture, District Schools, Turnaround Partnerships, Inter-District Choice and Opportunity Scholarships, Charter Schools, Career and Technical Education, and Online Education.

Prior to joining the staff of the Department of Education, she worked for over 15 years at Princeton University in numerous capacities, including assistant dean of students, director of the Educational Opportunities Program, and interim director of the Women’s Program.

Secretary Hendricks began her career as a teacher in the Rumson Fair Haven Regional High School District before joining the Department of Education in 1987.